The Leased Line marketplace is becoming increasingly crowded with cut-price offers and automated comparison sites coughing up all sorts of weird and wonderful numbers that you then of course need to contact the actual vendor to get an honest quotation.
With all these Leased Lines fighting for business, you’d be right in assuming that it’s a buyers’ market for Leased Lines in the UK: Get a quote, go elsewhere and get £5 shaved off that quote, go back to the first company with the other company’s quote etc etc.

But, sometimes, quotes for Leased Lines appear that are unbelievably cheap. Not just the top-line advertised rate, but an actual Leased Line proposal, typically quoting a 100Mb Leased Line on a 1 year deal @ Free Install and, say, £270 per month, which then dips dramatically for a commitment to 3 years of Free Install and maybe less than £200 per month.
How are these companies able to undercut the competition so drastically? What’s the catch? Can you really get a Leased Line for under £200 per month?

ChunkyChips has been selling Leased Lines for 15 years now. Let’s examine a couple of Leased Line quote scenarios and hopefully give you some honest opinions as to how companies get their figures.

What is a Leased Line?

Virtually all Leased Lines are delivered the same way. A fibre cable is installed into a property and connected into the nearest fibre network, which is usually a hub point (or node) already in place. Confusingly for some, this hub point isn’t usually the local Green Cabinet, it’s more likely to be an underground access point made up of multiple fibre cores.

This hub point in turn already has a larger fibre link back to the wholesaler’s POP (Point of Presence).

Typically, this POP will be the local telephone exchange, but not always. Virgin Media and some newer carriers often have their own POP that may be a totally separate building. The POP has its own even bigger connections out to the wider network across the UK, where traffic can be terminated to an individual provider’s data centre, which is where the Internet transit is accessed that gives you the actual full internet service.

The challenge for all Leased Line providers is that these lines all have broadly the same basic cost to install and rent, which is why so many Leased Lines have much the same quote price from whichever provider you choose, leaving you to perhaps consider deeper questions, such as reliability, reputation and relationship with your provider rather than shaving that fiver off for the cheapest price. Or maybe not!

So, with that in mind, how comes some providers can sell a Leased Line so cheaply?

You may have heard of a new range of fibre providers delivering extremely high speed broadband services to home users, albeit within very limited geographical areas. Indeed, there are a couple of companies in London that offer services only in the adjoining streets to their head office.

As a sideline to their core residential services, these companies can offer Leased Lines to any companies that fall within the same footprint as their home users. However, these businesses can legitimately price their services under the £200 mark, as long as you’re in their specific region.

The only trouble of course is what happens if you’re not in that region? Well then I’m afraid it’s either a flat “no” from them, or they have to use the same “other” infrastructure that other providers use.

If you are lucky enough to be in an applicable region, do bear in mind that these companies’ priorities are the residential market, so pay close attention to SLAs and fix/service guarantees.

This is a classic, although most of the cowboys that tried this have now rode off into the sunset, some are still trying it.

Basically, a few years ago, the first Government initiatives were implemented to try and help businesses get fast connectivity to their area.

The main holdback to get the connectivity was the high install costs to bring brand new fibre into an area (think of the example of a leased line above but without the hub or node actually in place (which costs a fortune)), or maybe high civils works or digs to get the fibre to a specific place.

The Government initiative was simple: Offer a one-off grant to help with install costs.

So, if a survey revealed £2500 of install costs, apply for a voucher and the Government pays the £2500, leaving the happy business to just pay the agreed recurring rate to the ISP.
Simple, right?

Some of the more dubious providers out there thought they could see a loophole in this: Why not take that £2500 (say) and, instead of applying it to potential install costs, just pretend there were install costs? That way, effectively creating a £2500 discount against the recurring fees? So, quote a 36 month contract for a line @ £265 per month, but take the pretend £2500 and aggregate it over the 36 months:

£2500/36 = £69.44 (let’s say £70 quid), so now they can sell the £265 per month line at £195 per month, by basically skimming the money off the Government. Even worse, the business who had bought the service were expected to buy in to the fraud, by then assuring the Government that this fee had gone toward install costs, not the recurring fees!

Believe it or not, we are still seeing competitor quotes today that offer this. Our advice? Think very carefully if you’re invited to go along with this particular scam.

As we’ve already ascertained, leased lines have high fixed costs to every ISP that only vary slightly per wholesaler. Leased Lines actually cost hundreds of pounds per month to deliver, that’s before any ISPs actually apply any profit to actually support the service (as a business, you’ll appreciate we all need to make money from our work, right?).

However, most weirdly, there are a whole new breed of Leased Line ISPs that are literally appearing from nowhere, jumping on the bandwagon and announcing ridiculously cheap leased line rates.
Typically, these businesses are founded by former heads of other, more established ISPs, and usually have received some investment funding to start up.

In order to justify their funding, these startups are under huge pressure to put “bums on seats”, and worry about profit later, hence amazingly cheap leased line deals , sold at cost price or, sometimes, less than their cost price!

Be very wary of these new providers, Check their financials (most are full of minus figures). They are gambling on a future return by taking a loss against each service they offer now. Good luck to them, but would you run your business that way?

For honest, realistic pricing for Leased Lines across the UK, visit our dedicated Leased Lines page and send us an enquiry.

If you order a leased line and find there are install costs, we are part of the Gigabit Connection voucher scheme and will be pleased to guide you through the voucherprocess to help fund setup costs.

It only seems like yesterday that we were celebrating 100Mb Leased Line prces dropping from upwards of a thousand pounds a month to a more affordable (and realistic) sub-£500 per month across the majority of the UK.

Now, however, after several drops along the way, we’re now really pleased to be offering 100Mb Leased Line circuits from under £275 per month to nearly 50% of the country.

Physical rental pricing is dropping, but so are the actual bandwidth costs, meaning legitimate national Leased Line ISPs like ourselves can offer a complete Leased Line package at far less than our competitors.

As 100Mb rates drop, it follows that higher bandwidth solutions will also increasingly be available at more attainable rates: 1Gb (1000Mb) leased lines are now starting from under £575 per month in the same areas where we can offer 100Mb  lines. We are now seeing businesses with a relatively small staff footprint (maybe as little as five employees) able to consider much higher bandwidth options, particularly in the media sector.

Check out our dedicated Leased Line page or contact us with your postcode for an instant quote within business hours.

Full fibre broadband connections offer the fastest and most reliable speeds available, and the government is committed to a vision of a full fibre Britain. As part of this commitment in March 2018 a £67 million Gigabit Broadband Voucher Scheme was announced.

Gigabit vouchers can be used by small and medium sized businesses and the local communities surrounding them to contribute to the installation cost of a gigabit capable connection.

One gigabit is the same as 1,000 megabits – so it’s a big leap forward in connection speeds that could benefit you and your business into the future.

For full details about whether you are eligible for a voucher and to connect you to a full fibre broadband supplier, go to: https://[email protected] 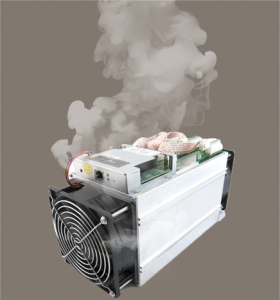 Unfortunately, at the moment, it’s not for us.

ChunkyChips are pleased to announce we are part of Westminster City Council’s Connect Westminster scheme. Secure up to £2000 towards your Leased Line install in London.
END_OF_DOCUMENT_TOKEN_TO_BE_REPLACED

We are pleased to confirm yet another price drop in Leased Line rates across the UK, meaning we can now offer 100Mb Fibre Leased Lines now from under £350; just £349 per month in some key areas.

This new pricing structure cascades down to lower bandwidths as well: 10Mb Fibre Leased Lines now start from under £200 per month in some locations, and install on all Leased Line options is usually free (subject to survey) for commitment to a three year contract.

Previously, commitment for shorter term contracts required acceptance of the standard wholesaler’s full installation fee of approximately £2000. We are pleased to confirm that this install has now been halved for most UK One Year Leased Line Installs: Just £995 Install for a 1 year Leased Line contract!

The cost of renting a 1Gb bearer has traditionally been disproportionately more expensive than a standard 100Mb bearer. We can now confirm that 1Gb bearer rental prices have also been significantly reduced (up to 30%) and we can now offer 1Gb on 1Gb Leased Line services from under £1300 per month in key locations.

Contact our Account Managers  to take advantage of these new pricing structures and check availability for your postcode. 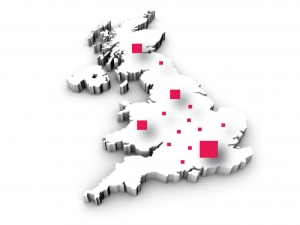 The raised flooring for Pod 2 of our Essex Data Centre is now completed.
END_OF_DOCUMENT_TOKEN_TO_BE_REPLACED As part of our Spring special offers, we are please to once again be offering full 100Mb/100Mb fibre leased lines from £395 per month, still with free install on 3 year contracts.

END_OF_DOCUMENT_TOKEN_TO_BE_REPLACED 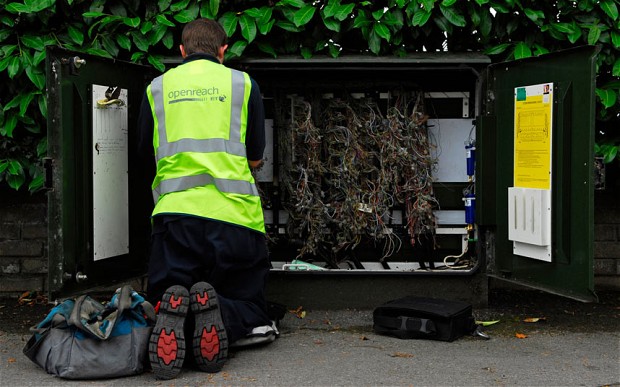 We are pleased to confirm that our partners at BT Wholesale are due to double their Ethernet First Mile (EFM) footprint in 2015.

What does this mean for your business?